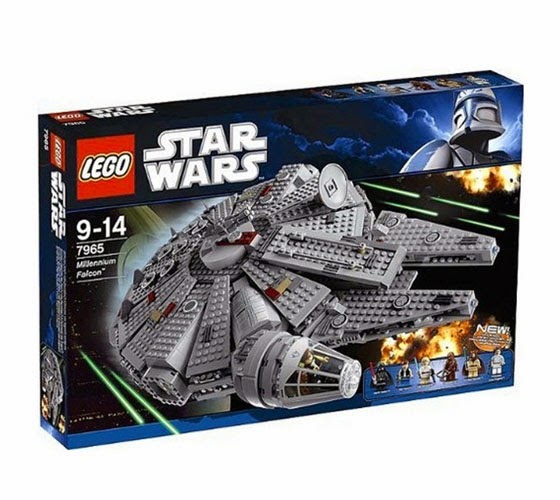 LEGO Star Wars Millennium Falcon 7965 is the third edition of Lego Millennium Falcon model. If you are a big Lego StarWars item fan then you know Lego Ultimate Collector's Millennium Falcon is the most expensive and rarest Lego model out there. This one is not the same but smaller and cheaper model. Low price doesn't mean it's bad. If your kid wants to build Millennium Falcon then I think this is the perfect choice. It's only $140 Amazon and it's a quite a big model with 1254 pieces total. It's something your kid can enjoy building and you can also join the fun. This can be a perfect birthday gift for adult or kid who is a big StarWars fan.

You can see from the photo below how big this model is and Any StarWars fan would love to have this Lego Model. It comes with mini Lego characters too. If you are an Logo StarWars model collector but can't afford the Ultimate Collector's Millennium Falcon then here's your next best choice. This LEGO Star Wars Millennium Falcon is still one of the biggest Starwars models you can get for low price like $140. Most of other models you can buy for this price range are smaller. Make sure the model number is #7965 because this is the 3rd edition and model number of second edition is #4504 which was released in 2004. New #7965 Lego StarWars Millennium Falcon is much better than the older model. 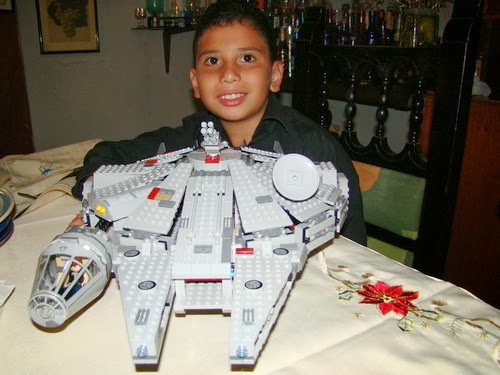 What it missing is R2D2 and C3PO. I think these 2 might be more suitable for this than Darth Vader and Ben Kenobi. Still it's all worth and Darth Vader is not one of those common Lego StarWars characters you get with these models.